It is sad to say that in 2020, it seems that with social media, “We the People” are finally getting to see that this world is full of hateful people. Although, it has been 400 years since slavery which history shows slavery existed since the beginning of people being able to document what was going on in their times. 2020 has brought out several racist people who can no longer hold back their true feeling towards people of color. For instance, LINDSAY CLARKE.

Who is Lindsay L. Clarke! Lindsay Clarke is a 33-year-old Caucasian female who lives in SW Northvale Way, Portland, OR (Oregon) - a single-family home that contains 4,570 sq. ft, 4 bedrooms, and 4 bathrooms. Why did I provide all this information? To show the privileged person that she is before we even get into everything. She lives with Valerie Clarke in a house registered to Hap Franklin Clarke, Age: 76. and was built in 1965.

After some investigation, it was found that she works at a Gym (location unknown at this time) but is alleged to have done Porn under the name Staci Succubus. This Suc-cu-bust allegedly has previous charges for Thief, DUIs, Prostitution, and Harassment. Now we can add to her rap sheet, “racist” to that list. Here is why – Lindsay, decided she was so pissed off about the looters. Even though the new, YouTube videos, New papers, and other social media have all pointed out that the looter is all the different races. Yet, Lindsay the Succubus felt this way. Please see the video below.

Here is a transcript of what she said:

“And I just want to let you know, if I see anybody burning an American flag black or otherwise, I'll hate crime your *** so hard that you'll be calling yourself Kunta Kinte.

So, let's Grow the f**k up! Burning a flag is going to do nothing but get you - you’re a** - stomped and even blacker or dead.

Cause The funny thing is he American hating ***holes, go to any other country and see how you're treated as an African American. We gave you freedom, you dumb unthankful pieces of s**t.

So, you can thank us, the Republicans for letting you act like a**h**** like you are right now causing, I guaradamatee* (this is how she said it) if we were able to have slavery again… I'd make y’all a slave, so you wouldn't act and destroy our cities anymore.

You make us regret abolishing slavery. So, that's pretty d**m f***ing cool. Good job guys! And before you illiterate a**h***s blow up my DMS… like I give a f*** about your opinion on - black lives matter! just know I don't. I don't give a f*** about any of you.

I give a f*** about my city, where I grew up for 33 years that you're destroying… that's all I give a f**k about! I give a f*** about the safety of my son and my family. The one you idiots are putting in jeopardy. By acting like f***ing animals! So, no f**k you, I don't care about your DMs.

Block me if you don't like what I am about to say, the truth hurts… BURN A FLAG BURN A BLACK PERSON I SAY!”

Yes, she said all that! She disregarded that other races are destroying and looting. Why, because she is racist. There is no other excuse for the words that came out this woman’s month. Mind you if you see her in the video, she is calling people animals… yet, we found a video of her asking men for money to show her body. Which, she ended up showing her breast for free to thousands of people on this app. What a great law-abiding citizen (sarcasm). What, this woman said, was uncalled for, especially at the end! If you know her or have any updates on this topic, please comment below and let us know so we can be sure to update the article with any other information that may be needed to BLAST this succubus! Also, please watch the full video here to make your own decision. Thank you. 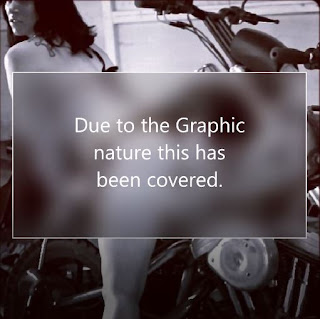 Email ThisBlogThis!Share to TwitterShare to FacebookShare to Pinterest
Labels: Exposed 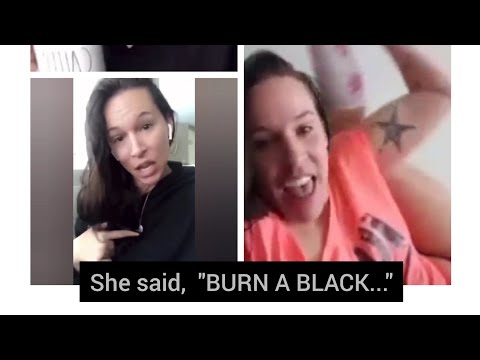